Home Hawaii A Brief History of the Hawaiian Luau

The Luau, a Polynesian and ancient Hawaiian ritual, is a popular social gathering meant to unite the people of a town in celebration of a significant life event, achievement, war victory, or launching of a new canoe. Originally called ‘aha‘aina, meaning ‘gathering meal,’ this celebration is centered around feasting on traditional cuisine like kalua pig, lomi salmon, poi, and haupia with friends and family with entertainment, including hula and traditional Hawaiian music. 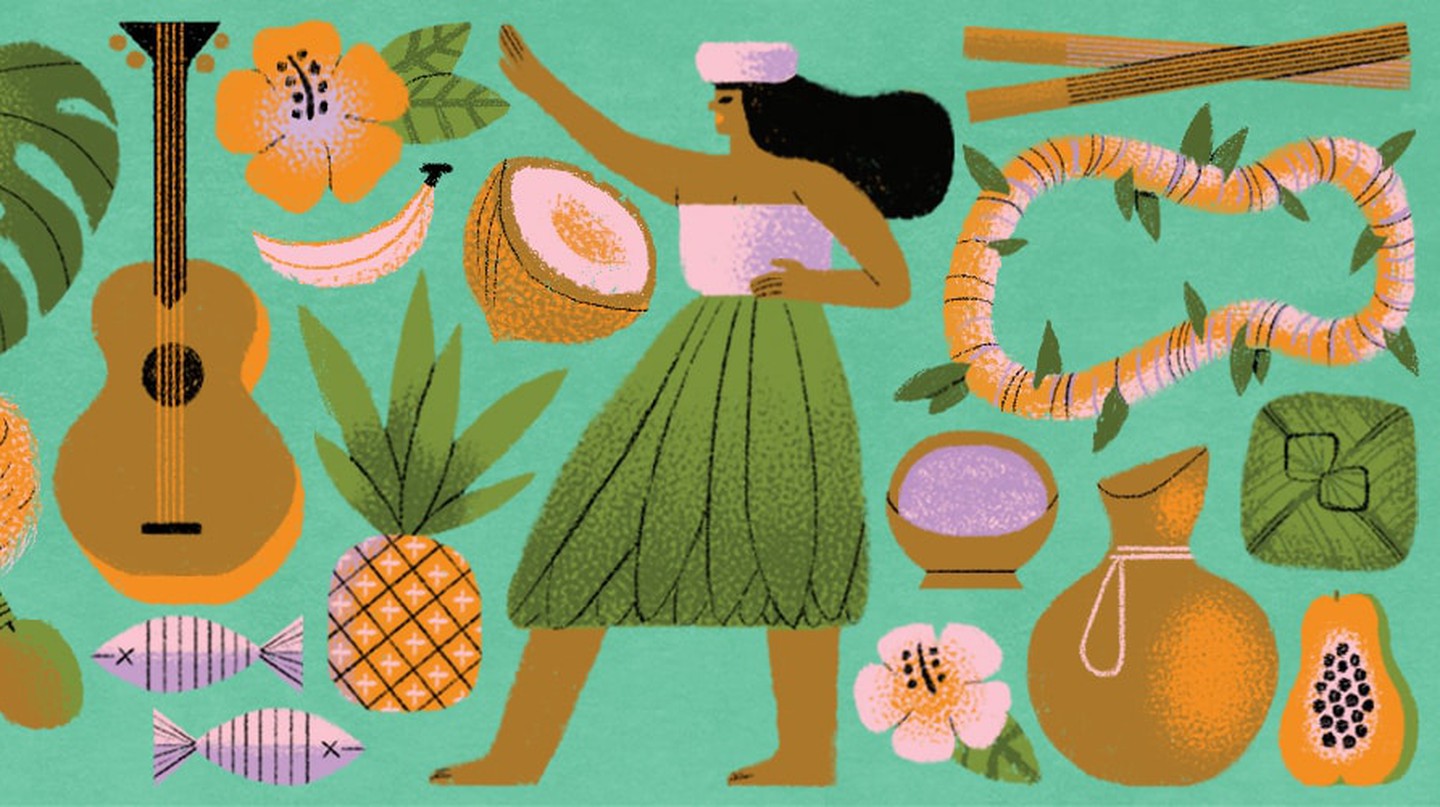 Before the 19th century, the traditional religious practices in ancient Hawaii for the ‘aha‘aina included restrictions on the type of food eaten, who it was eaten with, and its symbolic meaning: men and women were to eat separately during the feast; common folk, and all women of all classes, were forbidden to eat certain Hawaiian delicacies like the traditional reef fish, moi, pork, and bananas – only the ‘Alii’, or ‘chiefs’ of ancient Hawai’i, and the King were allowed to indulge in these foods; and particular foods represented various things such as strength, virtues, or goals the person hoped to achieve. In 1819, King Kamehameha II ended the religious traditions of the ‘aha‘aina – to commemorate these changes, and as a symbolic gesture that major societal changes have just been made, he held a feast where he ate alongside women, giving way to a new feast: the present-day luau. The luau, meaning ‘taro plant,’ was named after one of the most popular dishes served at the feast: chicken and taro plant leaves baked in coconut milk. 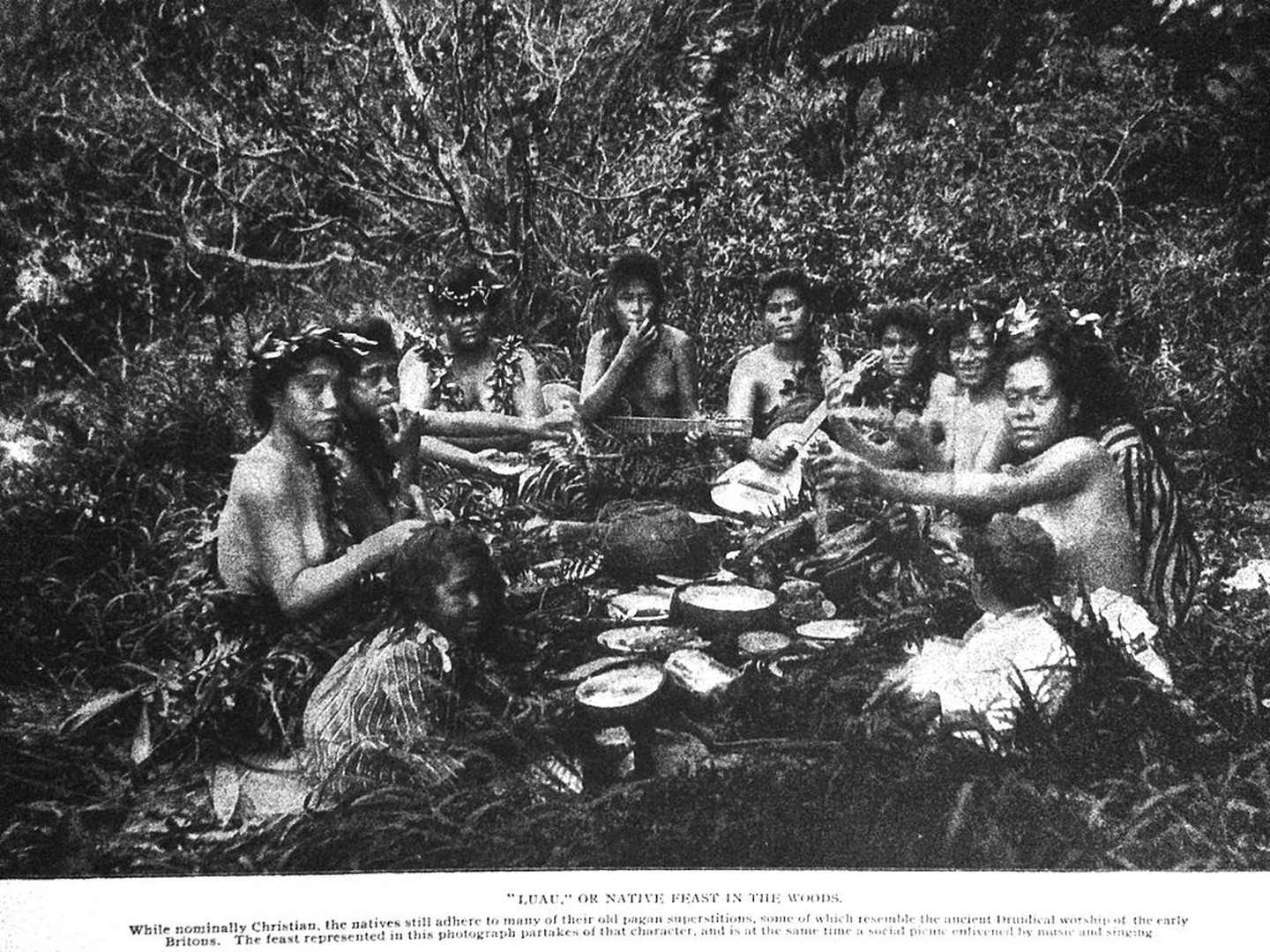 The traditional feast was eaten off of lauhalas, large woven mats made from ti leaves, with diners sitting on the floor, using only their hands to eat. Beautiful centerpieces of ferns, leaves, and flowers lined the center with platters of meat, like lomi salmon and kalua pig (pork cooked in an underground oven called an imu), and bowls of poi, a classic Polynesian staple made from taro plant corn, laid on the mats; dried fish, sweet potatoes, and bananas were placed directly on the lauhala. 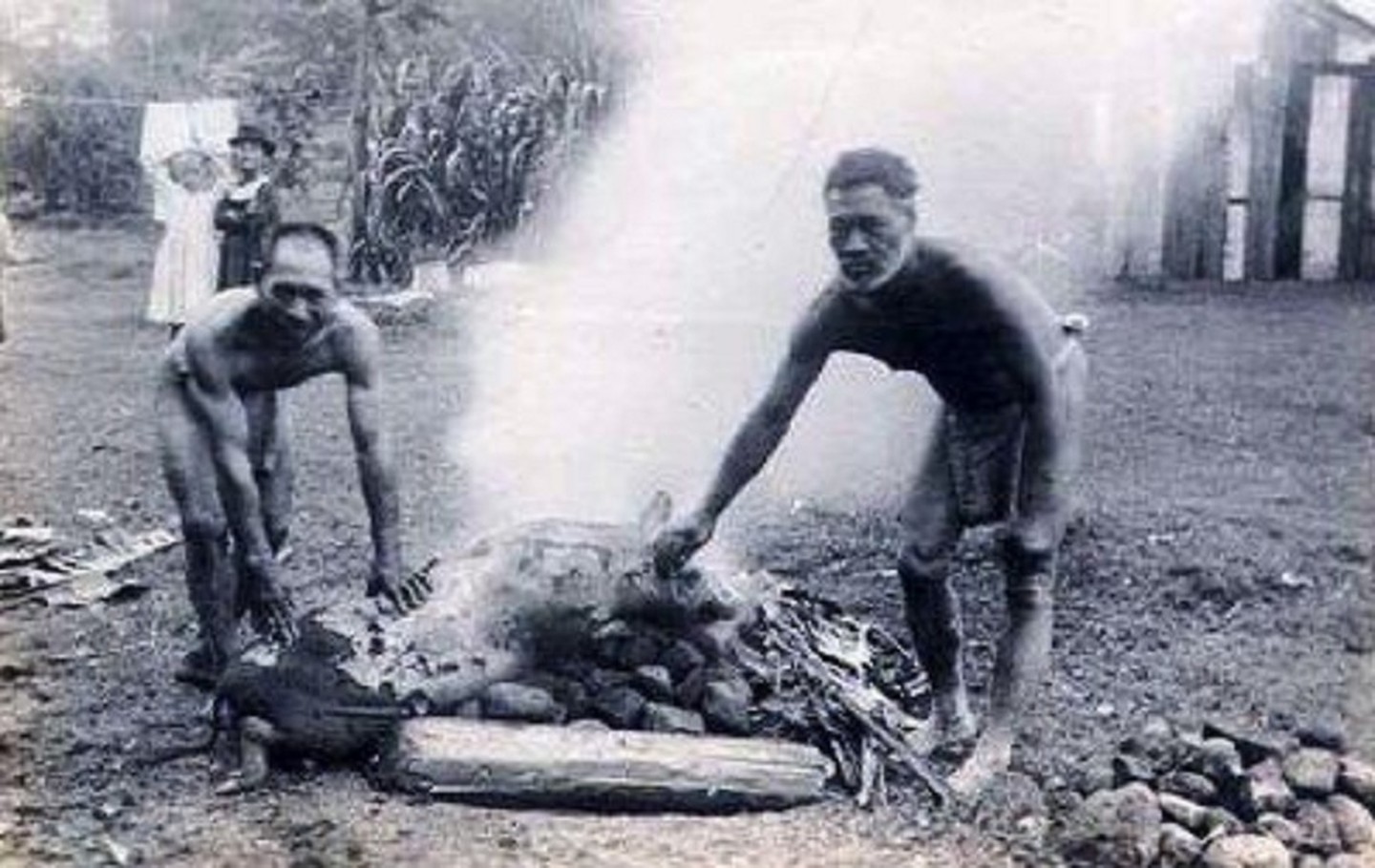 The royal luaus of the ancient Hawaii were large and lavish events, ranging from one hundred to over a thousand people at a single feast and with an abundance of food. The largest luau was in 1847 when Kamehameha III hosted a feast that required 271 pigs, 482 large gourds filled with poi, 3,125 saltwater fish, 1,820 freshwater fish, 2,245 coconuts, and 4,000 taro plants. King Kalakaua, known as the ‘Merry Monarch,’ also hosted a large luau – this one for his 50th birthday, inviting over 1,500 guests. 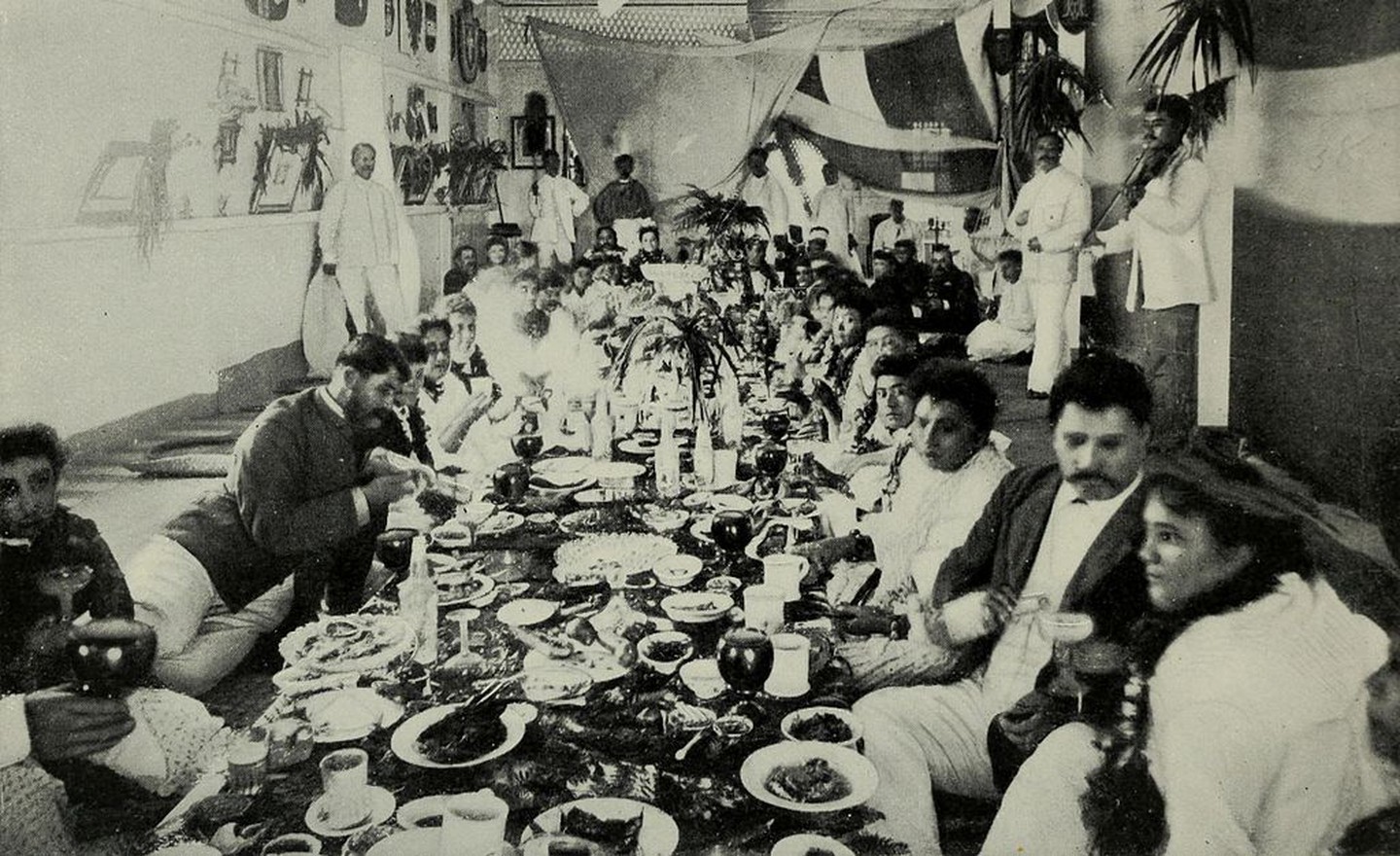 In the 1960s, the love of Hawaiian culture and rapid growth of tourism to the islands led to an increased popularity of luaus, transforming from a friends-and-family-only event to a popular tourist attraction. Today, visitors have the chance to experience Hawaii’s long-lasting tradition of royal luaus, gaining insight into traditional Hawaiian customs, food, and entertainment.

Hawaii January 4, 2022 • 0 Comment
The late Israel Kamakawiwoʻole sang his most iconic track in just one take. Israel “Iz” Kamakawiwoʻole was a singer and…

I Planned to Move to Hawaii. And Then I Realized Why I Shouldn’t

Hawaii January 4, 2022 • 0 Comment
Maybe one day. But definitely not now. For some reason, it all started around the holidays. After nearly a year…

Hawaii October 7, 2021 • 0 Comment
Hawaii | © Pexels / Pixabay Fancy yourself an expert of the Aloha State? Check yourself with these 11 things…

The 6 Tiniest Towns in Hawaii Worth Visiting

Hawaii October 7, 2021 • 0 Comment
Oahu | © Casey Horner / Unsplash With a plethora of resorts and retreats to choose from, Hawaii is a haven for…

35 Things That Can Kill You in Hawaii

Hawaii October 7, 2021 • 0 Comment
Things That Can Kill You in Hawaii Hawaii is a really terrifying place to live or visit. Between the constant…

10 Etiquette Tips To Know Before Traveling To Hawaii

Hawaii October 7, 2021 • 0 Comment
Hawaii is a fantastic vacation spot, but it’s best to know a few things about the local etiquette before you…

The Untold Story of the Hawaiian Cowboy

11 Stereotypes About Hawaiians You Shouldn’t Believe

Hawaii October 7, 2021 • 0 Comment
© GE Keoni Hawaii is a very diverse place, and the people that call this magical island home come from…

Why Sharks Are Highly Respected in Hawaiian Culture

Hawaii October 7, 2021 • 0 Comment
Shark representations are abundant in Hawaiian culture. The creatures appear in art, on tools, in legends. At the Bishop’s Museum…

4 Hawaiian Legends About Maui and His Mythological Fishhook