Living in Germany: the GOOD, the BAD, and the PRAKTISCH 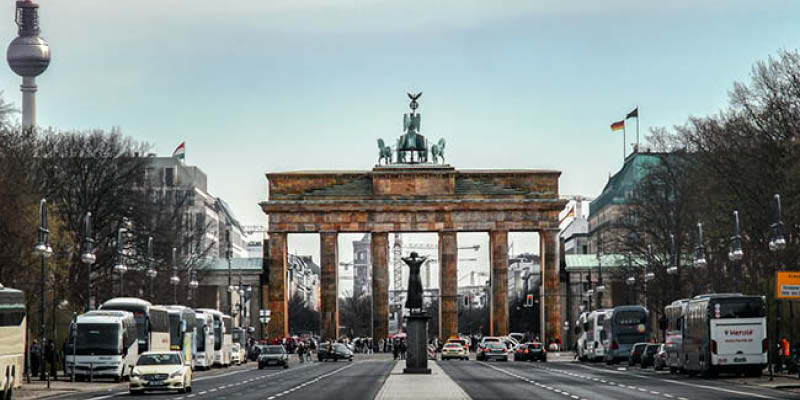 It’s hard to hate living in Germany when its full of beer, hearty food, and being active but a few more sunny days and better banking wouldn’t hurt.

I’ve officially been living in Germany for more than a year now.

That’s right – the first anniversary of living in Düsseldorf quietly slipped by over the weekend, meaning I’ve called this beautiful country home for a whole year. One year living in Germany.

Of course, the odd thing about being an expat is that, while I absolutely love about my expat life in Germany and currently have no urge to return to the UK, I do spend a lot of my time complaining about trivial things and pining for British comforts. So much so, I have summed up the relative joys and disappointments of my expat life in Dusseldorf and Germany into the good, the bad – and the praktisch. 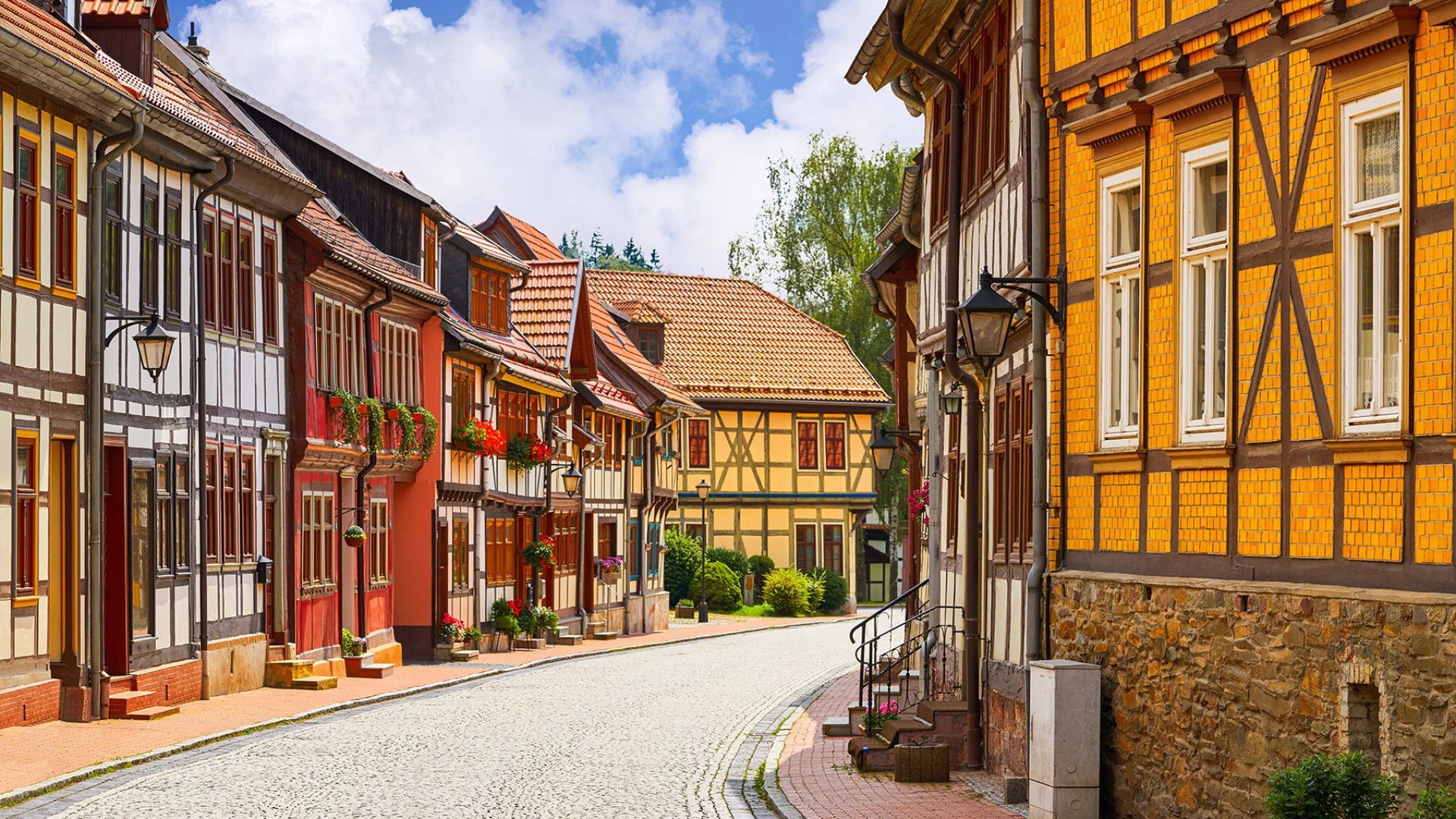 The good about living in Germany

In reality, the vast majority of expat life in Germany falls into the good category – but here are some specifics about some of the best things of German and Dusseldorf life.

Hands down, the best thing about living in Germany is the food. German food is good. Admittedly, if you don’t like the combination of meat and carbs you might struggle a bit, but once you embrace it: nom, nom, nom.

Don’t believe me? Try Currywurst. Eat Schnitzl. Then eat Jägerschnitzl (Schnitzl with a creamy mushroom sauce). Order a side salad (they are huge). Go to any German bakery. Head to any of these burger restaurants. Sample literally one hundred different types of sausage. Scoff down the best kebab of your life. You will love it.

One of my favourite things about Dusseldorf – and Germany in general – is how active everyone is. If you go to the park on a sunny day, instead of masses of sunbathers everyone is doing something instead: running, jogging, cycling, football, Frisbee – you name it. And running isn’t just for the superfit, everyone runs here.

I often feel in the UK people classify themselves either as sporty or non-sporty, and if you’re non-sporty any activity is a no-no. I’m not trying to make Germany sound like a utopia, but here sport really is a non-negotiable part of life. My gym membership, for instance, is EUR 14.99/month (FitX), which is the norm. Sport in Germany isn’t a luxury, it’s a necessity.

Cost of living in Düsseldorf

Living costs here in Düsseldorf are low, really low. Admittedly, this might be something to do with the fact taxes are really high, but let’s look on the bright side. And living in Düsseldorf on the average wage is generally pretty easy.

Firstly: food and drink. Eating out in Düsseldorf is very reasonable. Generally speaking, the main meal will cost €10–12. A glass of white wine is normally around €4, but you can pick up a decent bottle in any supermarket for the same. That’s right – a bottle of wine for under €5.

But the real winner is rent. I spend just 20% of my wages on rent. Not too shabby, eh?

I’ve said it plenty of times but when spring has sprung I am reminded of it all over again: Düsseldorf is such a beautiful, green city. You’re never far from a park here.

Another huge perk of living in Düsseldorf is its proximity to other capital cities and countries: Paris, Brussels, and Amsterdam are all an easy train ride away. In fact, you could drive to the Netherlands in less than 30 minutes. The city’s location coupled with the number of multinational companies based here (L’Oreal, Henkel, trivago to name a few) create a pretty great international atmosphere. 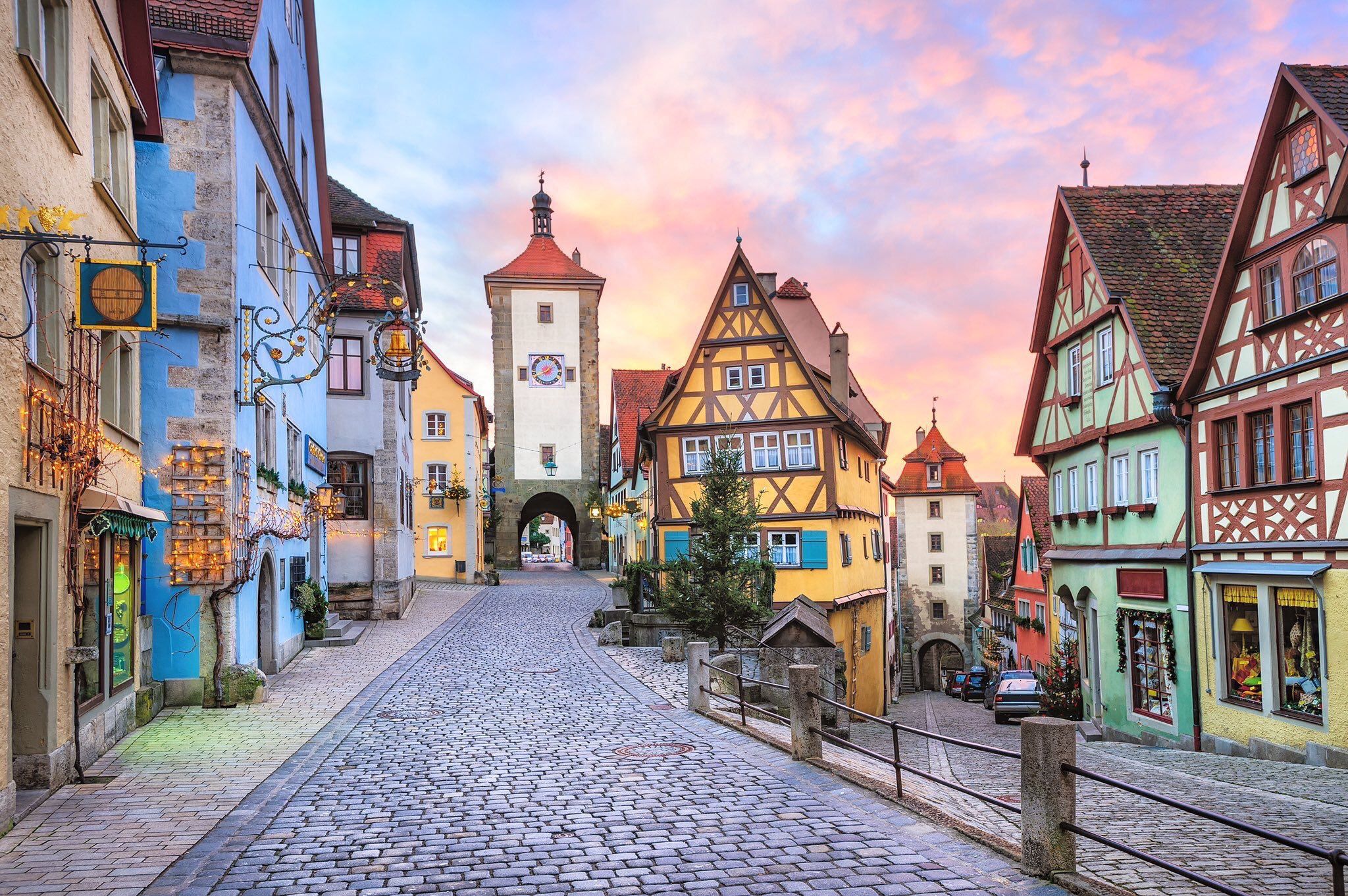 The downside of expat life in Germany

Now, despite all those lovely, important things, life as a British expat in Germany can still be pretty difficult. And while I don’t wish to offend anyone, I feel obliged to show both sides of the story, so here we are to the downsides of living in Germany.

When living in Germany, it’s useful to remind yourself that there are futuristic countries out there where you can make purchases using contactless payment. Germany, meanwhile, is still partying like it’s 1979: it is almost impossible to pay with card anywhere and in the few places you can, most retailers will insist you sign instead of using this new-fangled ‘chip and pin.’

It gets worse: if you have an account with Deutsche Bank, you can only get money out from a Deutsche Bank cash machine (and a small list of others), otherwise, you’ll be charged at least €4.75.

And what about online payments, I hear you ask? German standard bank cards don’t have a three-letter security code on the back, so a lot of online retailers are out of the question. Instead, most German companies will ask for payment by online bank transfer; that’s right: direct debit.

I’ve even heard that paying by cheque is still a common practice. Ridiculous.

German airports are a real pet-peeve of mine. Us Brits have airports down to a fine art – Manchester Airport is like a beautiful, well-oiled machine. Here, all the good stuff is on the wrong side of security, where you’ll spot at least five people to each conveyor belt just standing around doing absolutely nothing. Amateurs.

Admittedly, not being able to get a decent cup of tea is a harrowing problem faced by British expats around the world. However, the problem in Germany is a bit different: Germans think they know tea. And more importantly, they think they know what English Breakfast Tea is.

In Germany, tea is abundant. Everyone loves tea. But to Germans, tea should be herbal, green, mint, peppermint, or fruity.

Anything that isn’t, they like to assume is English tea, which means you’ll order yourself a lovely English Breakfast Tea – as advertised – and end up with a pot of Earl Grey that you can’t even bring yourself to look at. The agony.

The German people are being terrorized by H&M. Send shopping help.

The weather in Germany

Let’s be honest, the weather in the UK isn’t great. It’s mild most of the year and yes – it does rain a lot more than other places. But do you know where you could find a similar climate? Dusseldorf.

Now, if you spoke to your average Dusseldorfer about the weather, you might be tricked into thinking the city is actually found in the Caribbean, such is the huge amount of shock they muster when it rains – which is often. They will even go out of their way to chat to you about the ‘English weather’ the city is experiencing, that is to say, the phenomenon of rain. I once failed to make it to 9am before someone felt the need to point out to me that it was raining, as if I was somehow to blame. They’ll even talk about how grey London is, rather than how grey it is outside the office window most days.

I have no idea why Brits are convinced German trains are efficient and punctual to a tee. Every single train I’ve been on with Deutsche Bahn has experienced some small delay – and they’re not cheap, either. The praktisch about German life

We’ve had the good about German life and we’ve had the bad – now it’s time for the praktisch, that is to say the little aspects of life here that are just so, well, German.

Just to explain: the German word ‘praktisch’ actually just means ‘practical’ but is used quite often to mean ‘good’ or ‘great’, to the point where someone describing your purchase as praktisch (whether it’s a jacket, a car or a bar of chocolate) feels like some small honor.

When it comes to inherently German things, this has to be number one. It is a cardinal sin to cross the road in Germany if the traffic light is on red. The road could be entirely devoid of cars or have not seen a motorized vehicle in years but you have to wait for the green man.

If you don’t, people will audibly tut or even reprimand you. And for some reason, doing so in the presence of a child is pure blasphemy – I lived with Germans in Leipzig who wouldn’t even joke about it.

Yet this is also the habit that you are most likely to take home with you, without you even realizing.

Everything is shut on a Sunday in Germany. Everything. At first, I hated this, but you soon get used to it, and come summer, it’s actually quite refreshing to be forced to do something active.

This is one stereotype that is 100 percent true: Germans love rules. Just recently, during the city’s Night of the Museums festival, I was about to leave the Filmmuseum and head to another directly in front of the building. The door at the front was serving as the impromptu entrance and the one to the rear as the exit. As there was no-one entering and I could physically see the next museum, I asked the man on the door if I could nip through the entrance door, shaving 500m off my walk. Predictably, he told me no because ‘that’s not how it works’.

It’s always time for a beer

And finally, the big love of all: German beer. Germany has a great beer culture – it’s not all about getting drunk, rather than the genuine love of beer. Alcohol-free beer is a popular drink of choice in Germany and bottled Radler (basically a shandy) is just as common as any full-strength. Whatever the occasion, it’s always time for beer.