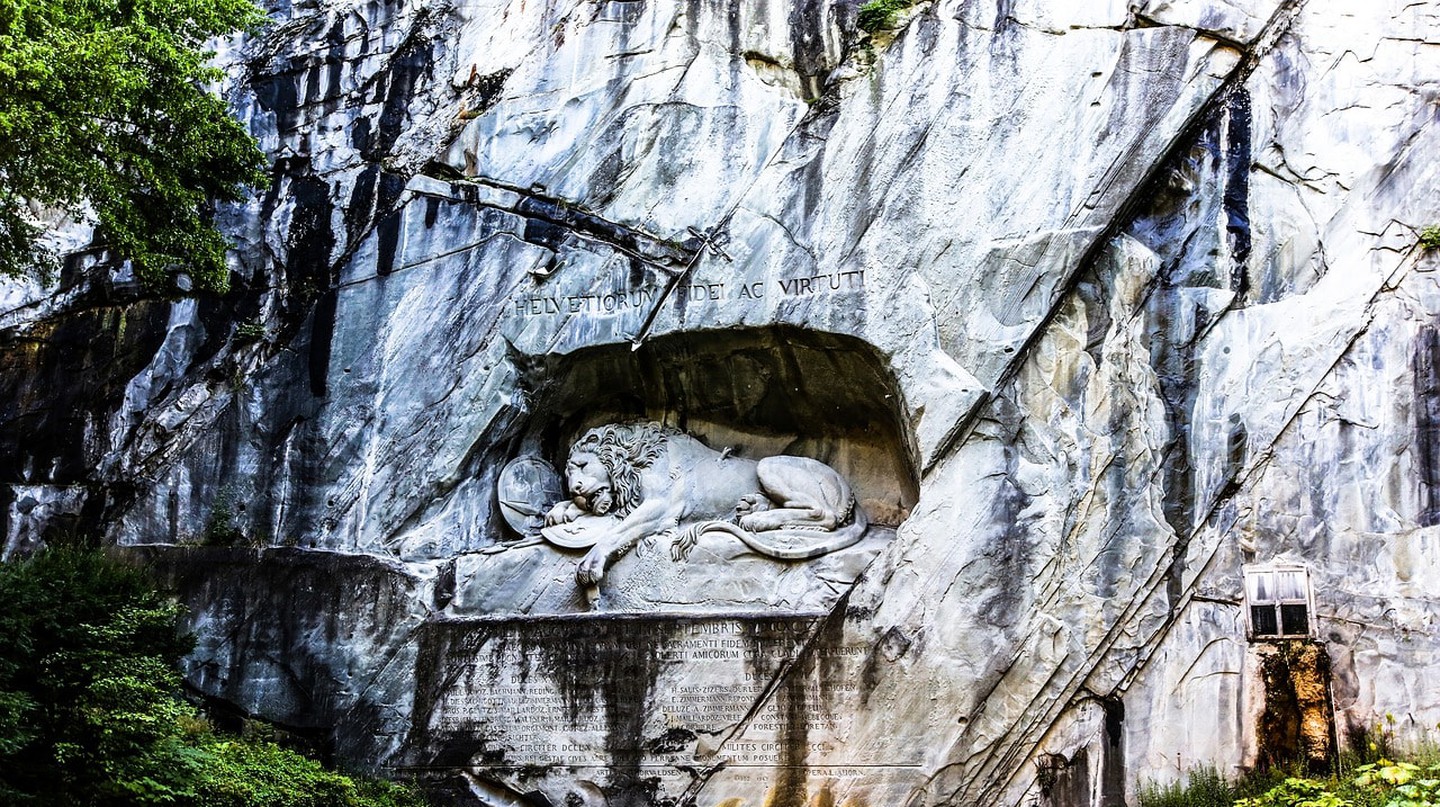 Rocks aren’t usually known to be particularly moving, and it’s probably the last inanimate object you’d expect to evoke emotion. But then, you’ve probably never been to Lucerne and stood before the Lion Monument, also known as the Lion of Lucerne. Learn the story behind this tragic rock.

The Lion of Lucerne can be found in the very heart of Switzerland, and it is steeped in history. The tragic lion, sprawled over a shield and in its final, agonising moments of life, is a heart-wrenching ode to those soldiers of the Swiss Guard who gave their lives during the 1792 French Revolution. During this time, 760 Swiss guardsmen were killed in a butchery while defending King Louis XVI, their employer.

Throughout history, despite Switzerland being a neutral country, the Swiss Guard were deployed as mercenaries and served several different monarchs across Europe. They were known to be dependable and unflinchingly loyal. 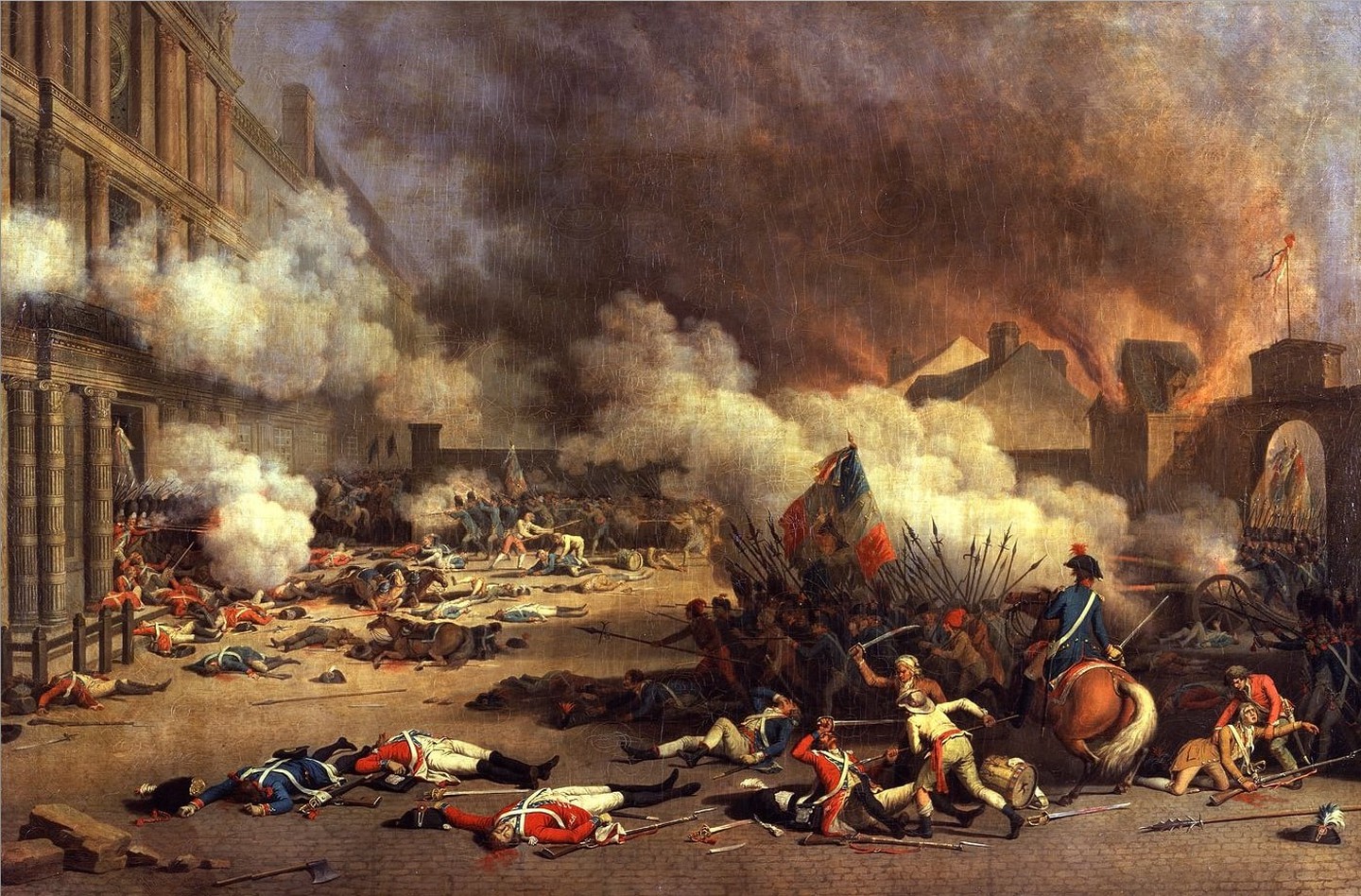 On August 10, 1792, the Tuileries Palace in Paris, France, was stormed and over 700 members of the Swiss Guard were killed | Public Domain / WikiCommons

Designed by Bertel Thorvaldsen, a Danish artist, and sculpted by Lukas Ahorn, a German stonemason, the monument is carved into the cliff face of a former quarry. It was designed in 1819, and Ahorn completed it in 1821.

It was Karl Pfyffer von Altishofen, a soldier who was on home leave from the Swiss Guard at the time of the massacre, who commissioned the artists to create the monument and memorialise his fallen friends. The dedication etched into the stone face reads Helvetiorum Fidei ac Virtuti, or ‘to the loyalty and bravery of the Swiss.’ Below the lion are the names of the fallen.

In 1882, the Lion of Lucerne was opened to the public, and since then, it has been one of the city’s must-see attractions.

Mark Twain described it as ‘the most mournful and moving piece of stone in the world.’ When you stand before it and take in every minute detail of the lion’s agony, you will definitely understand why. 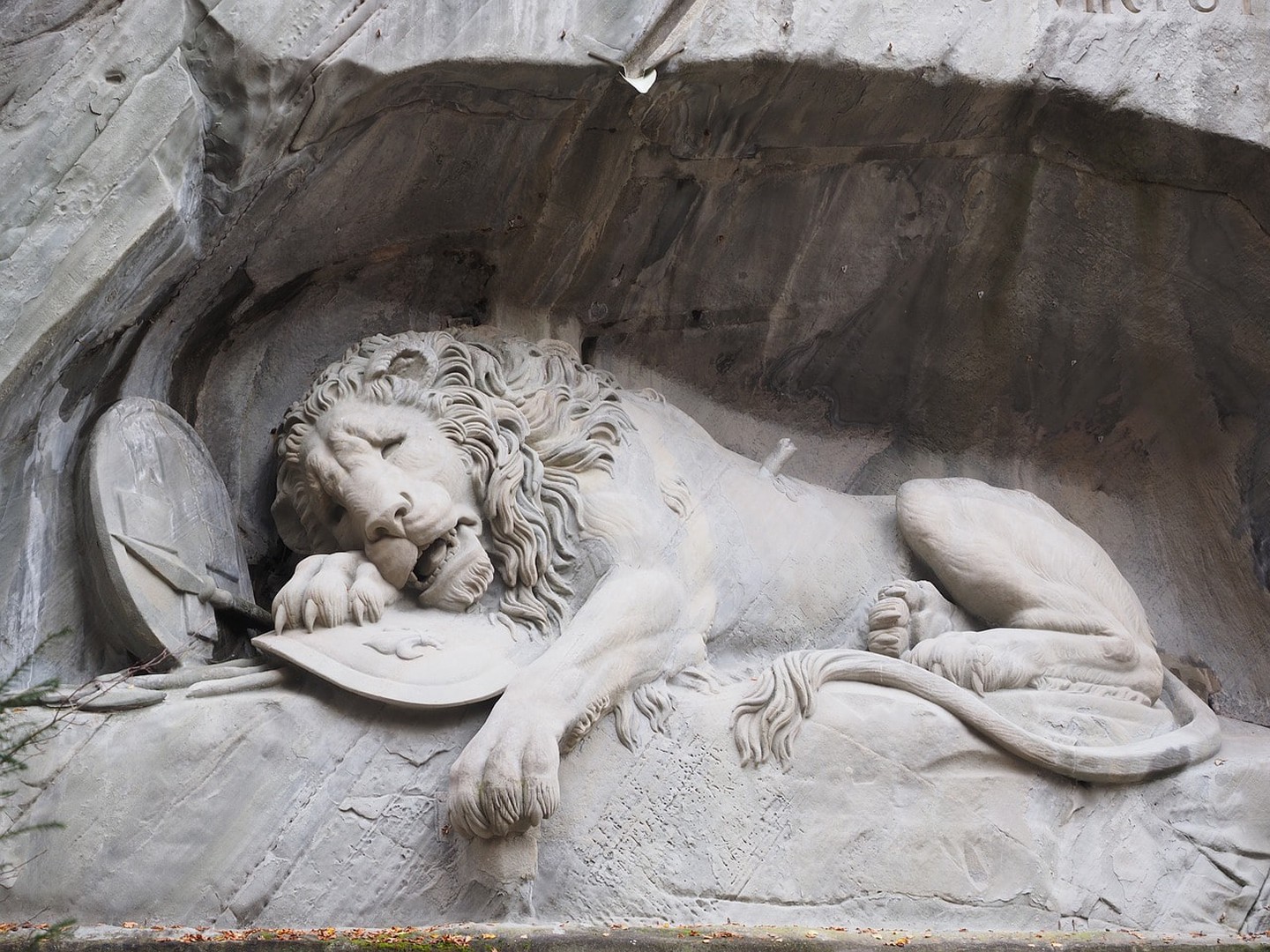 The Lion of Lucerne – The Saddest Monument In The World

Facts about The Lion of Lucerne

Rock normally is tough but the lion of Lucerne monument will probably evoke your emotions. Most of those who visited the Lion of Lucerne call it the saddest memorial monument in the world.

The American author and noted satirist “Mark Twain” in his 1880 travelogue “A Tramp Abroad” praised the sculpture of a mortally wounded lion as “The most mournful and moving piece of stone in the world”.

The Lion Monument or the Lion of Lucerne is a giant dying lion carved out of a wall of a sandstone tragic rock relief in Lucerne.

It locates above a pond at the east end of the medieval town. This town is lying on the Reuss River where it issues from the northwestern branch of Lake Lucerne, Switzerland.

The Lion of Lucerne Design

Karl Pfyffer Von Altishofen took the initiative to create the monument. He was an officer of the guards who had been on a leave-in Lucerne at that time of the fight.

He began collecting money in 1818. Then the Classicist Danish Sculptor Bertel Thorvaldsen designed the monument in 1819 while he stayed in Rome, Italy.

Later from 1820 – 1821, a stonemason Lukas Ahorn -from Constance, Southern Germany- hewn the monument in a former sandstone quarry near Lucerne.

He carved the monument into the cliff face. The monument measures 10 meters in length and 6 meters in height.

The Story Behind The Dying Lion of Lucerne

Lucerne Switzerland lion tells a story of commemorating and relaying the melancholy stories of the Swiss Guards. Those who paid the ultimate price for their unconditional loyalty and untold bravery. They were massacred in 1792 during the French revolution.

When the revolutionary masses broke into the royal Tuileries Castle in Paris on August 10, 1792, the Swiss mercenary troops tried to defend the royal family and assure the escape of the royals.

The monument holds a dedication on the top of it written “Helvetiorum Fidei ac Virtuti”. This means “To the loyalty and bravery of the Swiss”.

Visitors can see the regal beast dying from a spear wound. The titular lion statue covers a shield that bears the mark of the French Monarchy.

Besides The Lucerne Switzerland‘s Lion, there is another shield bearing the coat of arms of Switzerland. The inscription below the sculpture lists the names of the officers and gives the approximate numbers of soldiers who died (760), and survived (350). 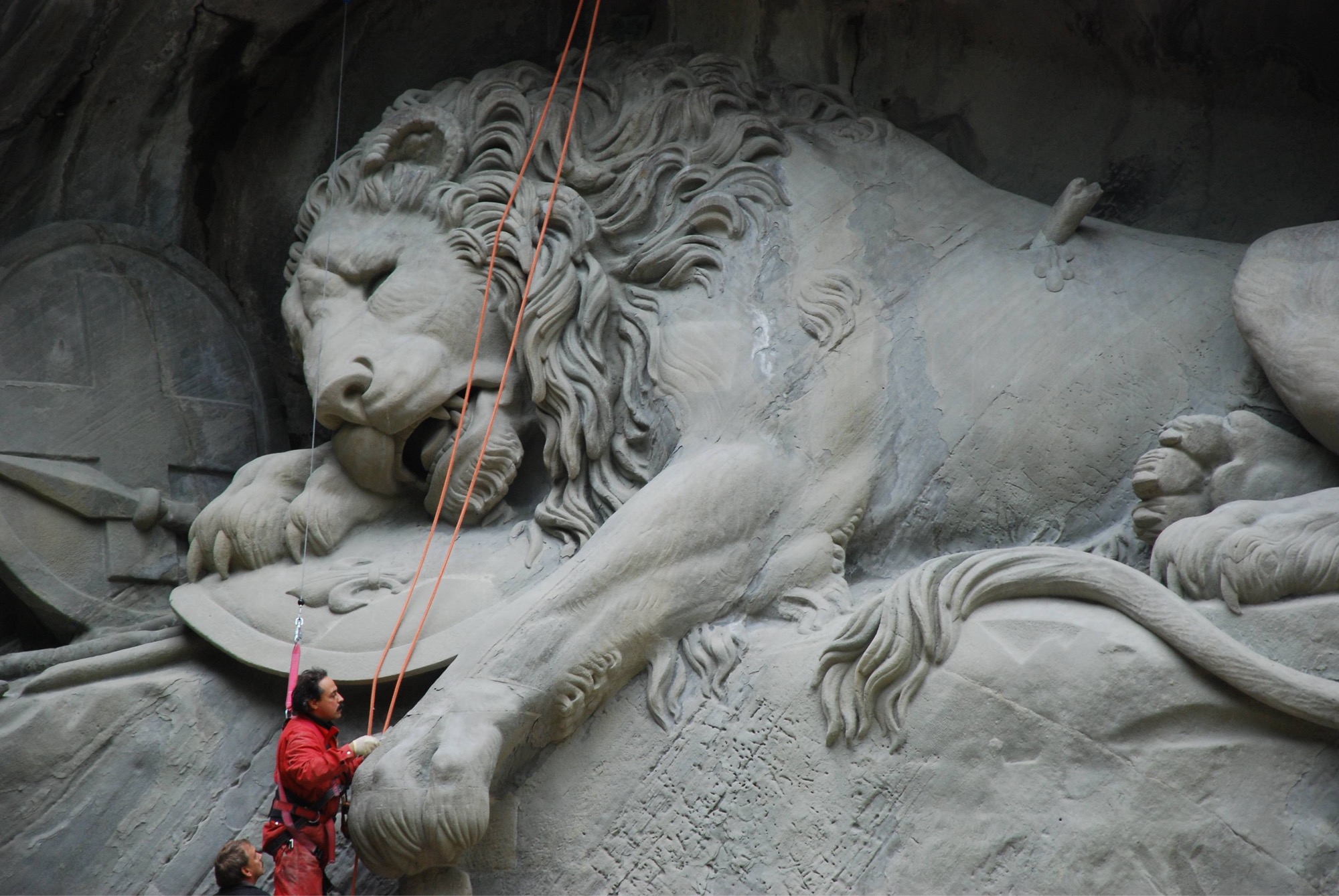 The site is accessible and considers being a major touristic attraction. About 1.4 million tourists visit it annually. There is no fee for entry and it could be reached by walking from Luzern station to it (1.4 Km).

11 Questions To Ask Yourself Before Moving To Switzerland

Switzerland October 7, 2021 • 0 Comment
Switzerland, with its spectacular natural landscapes, cosmopolitan population, and high standard of living, is an expat magnet. A multilingual country…