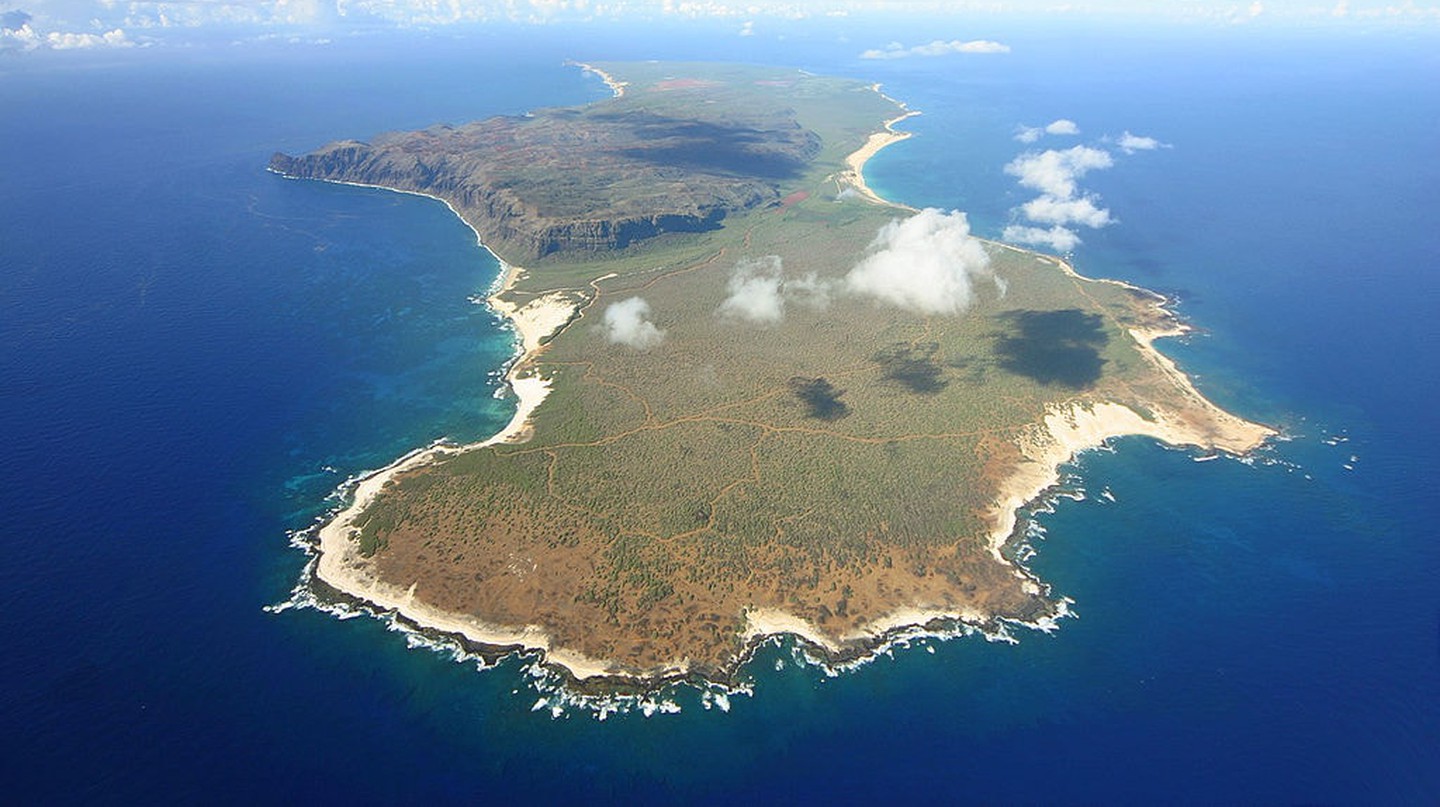 None of Hawaii’s treasured shorelines are quite as untouched as those of Ni‘ihau, known to locals and foreigners as the “Forbidden Island.” Even though it’s so close to modern civilization, in 2018, there are still no roads or running water, and the village runs solely on solar-powered electricity. On Ni‘ihau, islanders speak their traditional dialect of Hawaiian, and the entire island operates in a completely self-sustainable way by growing, foraging, and hunting for their own food. This island, free of the restrictions of modern time, has earned a respectable spot on every curious traveler’s map, due in most part to its shroud of mystery.

The Past: A Promise to the King

In 1864, Elizabeth Sinclair-Robinson, born in Scotland and a plantation owner in New Zealand, purchased the island of Ni‘ihau from King Kamehameha V and the Kingdom of Hawaii for $10,000. With this exchange, she promised to preserve the “kahiki” or native Hawaiian culture. The natives of the main village of Pu‘uwai spoke a dialect that was a variation of Hawaiian and continued to practice hula. This dance was used as entertainment for special occasions and a way for them to preserve and pass on their history. Land was not considered property to natives of Hawaii, and this allowed the islanders to live freely, without having the responsibility of renting or leasing land. Wild sheep, boar, and cattle roamed the land as well and were merely considered neighboring inhabitants of the island. 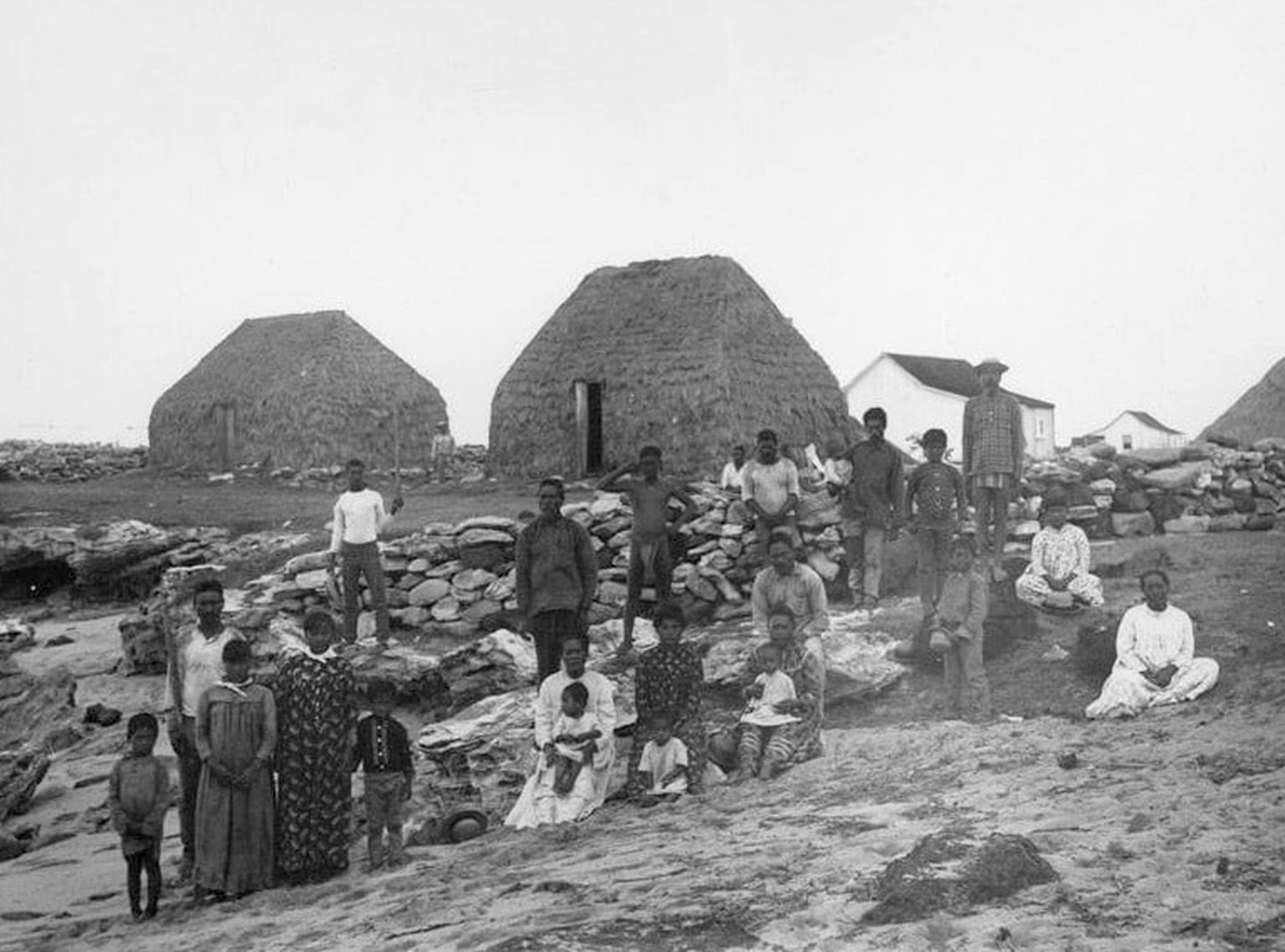 Considered a Hawaiian dream for some time, travelers were permitted to visit and observe the culture and community. Almost a century later in 1952, outsiders were forbidden due to a polio outbreak among the Hawaiian Islands. In order to protect the natives, the Robinson family decided to revoke visiting rights to anyone who did not live on the island. And although the polio epidemic is long behind them, the island of Ni‘ihau is still off-limits to the general public, and visitors require an invitation from the current island caretakers, the Robinson family.

Today, Ni‘ihau sits just off the western coast of Kauai as a bit of a tease to curious hikers visiting nearby. The 100 or so Ni‘ihauan population inhabiting the forbidden island are, for the most part, self-sustaining. They are able to grow, find, and hunt whatever they might need on a day-to-day basis, but living in a very arid climate, the people of Ni‘ihau still rely on resources from Kauai to survive. To make some money from the outside world, locals rely heavily on the tiny Ni‘ihauan shell, scattered along the beaches of this small island. This shell was once considered to be the flower of Ni‘ihau, as the temperature was not ideal for flowers to grow. It sometimes takes years and a number of people to work to create Ni‘ihauan shell leis, which are considered extremely valuable all over the world. 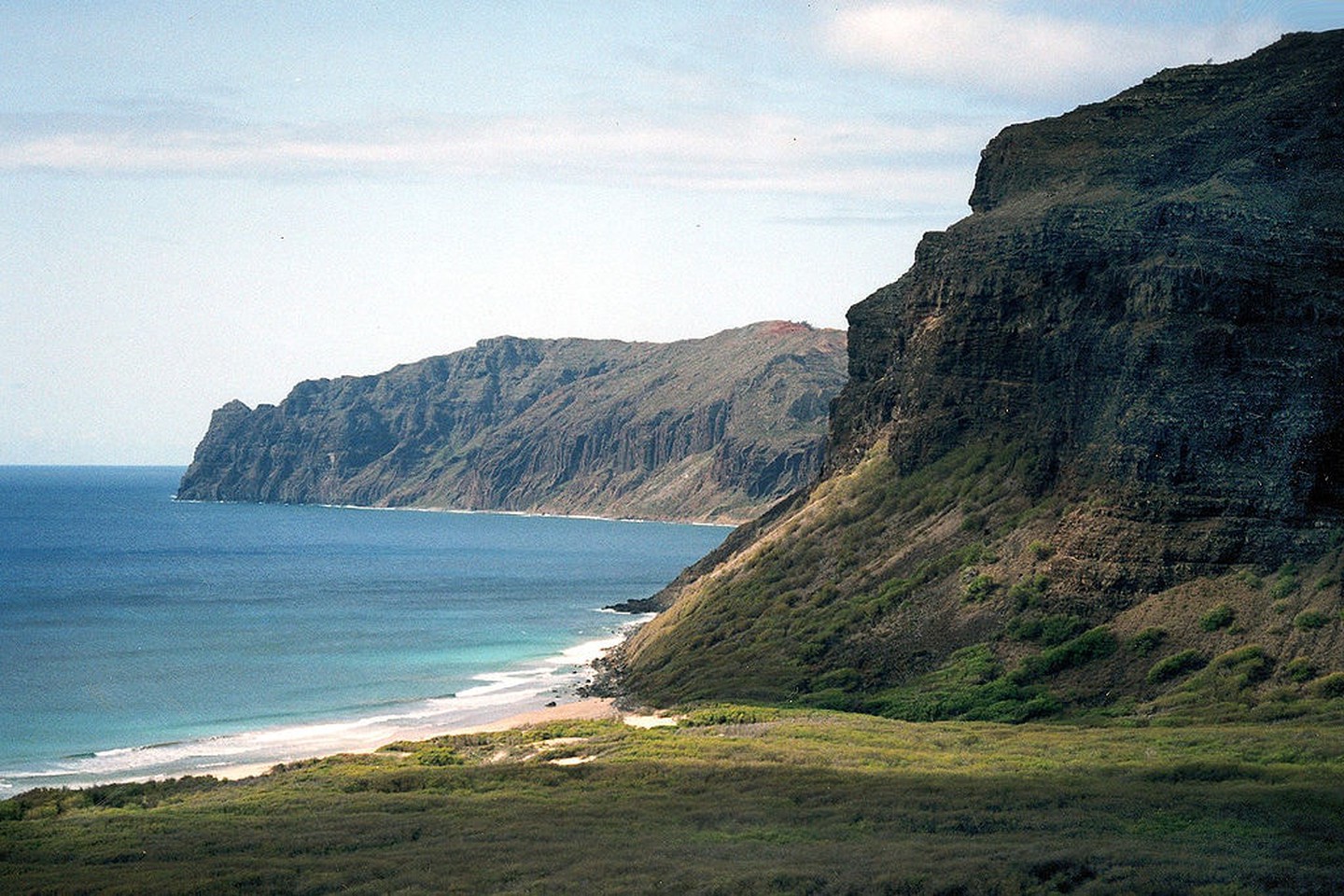 Even now, the Robinson family continues to support and provide for the Ni‘ihauans by facilitating the trade for their artisanal goods. Perhaps it’s in their blood—the family holds steadfastly to their ancestors’ promise by not only preserving the culture and traditions of the native Hawaiian people but also by making a large effort to protect the endangered flora and fauna that is native to the islands of Hawaii. The family also continues to commit to the preservation and cultivation of the life and culture of not only Ni‘ihau but the rest of Hawaii as well.

The Future: How to Visit the “Forbidden Island”

Today, though the Ni‘ihauan population is able to preserve their traditional culture, interest from travelers has put the tiny island into the spotlight. Aside from a rare and sought-after personal invitation by the Robinson family, the island community of Ni‘ihau is off-limits to outsiders. Many tours are available from Kauai that take visitors close enough to the island itself, with options like boating and snorkeling in and around its waters. 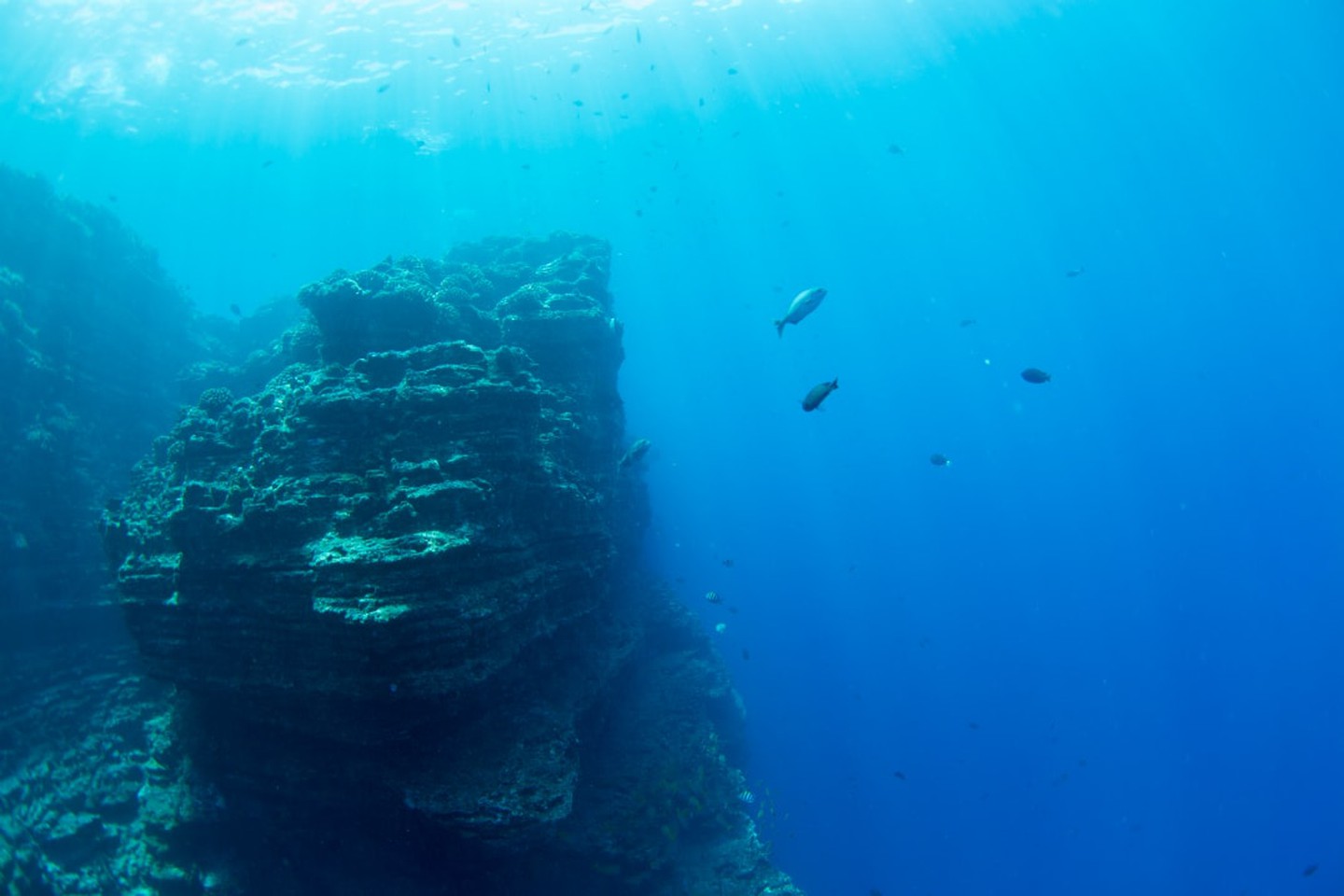 Snorkeling off the shores of Ni’ihau | © Holo Holo Tours

But, understanding the immense intrigue by the outside world, the Robinson family allows visitors a small taste of the Ni‘ihauan life. The family provides helicopter tours of the island, landing on Nanina Beach away from the main village of Pu‘uwai. They also offer unique hunting safaris to the more adventurous travelers that are interested in experiencing something very traditionally Hawaiian.

Hawaii January 4, 2022 • 0 Comment
The late Israel Kamakawiwoʻole sang his most iconic track in just one take. Israel “Iz” Kamakawiwoʻole was a singer and…

I Planned to Move to Hawaii. And Then I Realized Why I Shouldn’t

Hawaii January 4, 2022 • 0 Comment
Maybe one day. But definitely not now. For some reason, it all started around the holidays. After nearly a year…

Hawaii October 7, 2021 • 0 Comment
Hawaii | © Pexels / Pixabay Fancy yourself an expert of the Aloha State? Check yourself with these 11 things…

The 6 Tiniest Towns in Hawaii Worth Visiting

Hawaii October 7, 2021 • 0 Comment
Oahu | © Casey Horner / Unsplash With a plethora of resorts and retreats to choose from, Hawaii is a haven for…

35 Things That Can Kill You in Hawaii

Hawaii October 7, 2021 • 0 Comment
Things That Can Kill You in Hawaii Hawaii is a really terrifying place to live or visit. Between the constant…

10 Etiquette Tips To Know Before Traveling To Hawaii

Hawaii October 7, 2021 • 0 Comment
Hawaii is a fantastic vacation spot, but it’s best to know a few things about the local etiquette before you…

The Untold Story of the Hawaiian Cowboy

11 Stereotypes About Hawaiians You Shouldn’t Believe

Hawaii October 7, 2021 • 0 Comment
© GE Keoni Hawaii is a very diverse place, and the people that call this magical island home come from…

A Brief History of the Hawaiian Luau

Hawaii October 7, 2021 • 0 Comment
The Luau, a Polynesian and ancient Hawaiian ritual, is a popular social gathering meant to unite the people of a…

Why Sharks Are Highly Respected in Hawaiian Culture

Hawaii October 7, 2021 • 0 Comment
Shark representations are abundant in Hawaiian culture. The creatures appear in art, on tools, in legends. At the Bishop’s Museum…